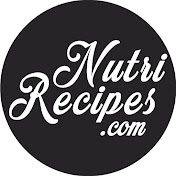 Baking saved my life after mental illness nearly broke me at 14, and now aged 18 I run my own bakery

nutrirecipes Comments Off on Baking saved my life after mental illness nearly broke me at 14, and now aged 18 I run my own bakery 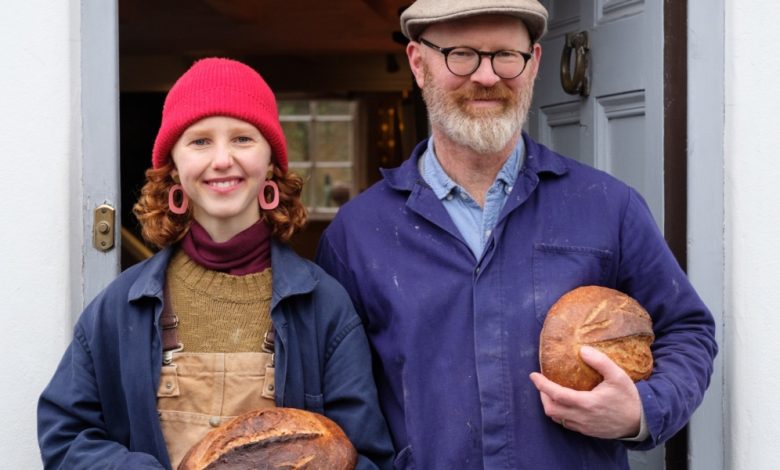 There’s bread, too, of course. The baker’s mainstay. In fact the bread came first, after an afternoon with an easy loaf recipe developed into Kitty’s hobby, then her passion. Today, four years since she first mixed flour with yeast, salt and water and pulled it together into a shaggy dough, baking is her livelihood. And that easy loaf has evolved into “Miracle Overnight White Loaf”, the first recipe in the book she has written with her father, Al.

Kitty and Al first spoke to i on the eve of opening their shop, The Orange Bakery, in the small town of Watlington in Oxfordshire. It was May 2019, and Kitty was just 15. If it seems unusual, precocious perhaps, for a teenager to be opening a business, trust that Kitty is far from any blueprint of the teen entrepreneur focused on money and margins.

“I love to bake,” she explains over Zoom, “but the bigger joy for me comes with being able to give something I’ve put so much time and effort and love and respect into, to someone else. It’s so comforting and nurturing. When I’m working in the shop on a Saturday, I know which kids want a cinnamon bun, who likes the most icing and who doesn’t like icing at all.”

Loaves for sale at Kitty and Al’s Orange Bakery (Photo: Mark Lord)
I ask how many loaves she turns out a week these days. She giggles, and Al, 52, laughs along. They think maybe 80 on weekdays and 120 on Saturdays. “We’ve never studied business,” says Kitty. “We don’t know what mark-up we need for bread or buns.”

Al is not only Kitty’s father and friend, but her partner in all things baking and business. They live together with Katie – Kitty’s mother and Al’s wife – older brother Albert and a collection of much-loved cats and dogs. The eldest, Aggie, is often home but currently studying.

Kitty turned 18 on Saturday. While most teenagers would move out if you suggested they get up at 5am, that is now her norm. She thrives on it, not least because not too long ago she could scarcely peek out from under the duvet, let alone shape dough, laminate pastry and chat confidently with customers. She jokes in a recent Instagram reel about how she left school at 14 and how her dad is now her best friend, but the reality was far from funny.

Kitty faded from being the “funny, chatty one”, as Al describes her in their new book, Breadsong: How Baking Changed Our Lives, into “a diminished version of herself… subdued, distracted, pale and sad-looking”. There was no warning, and no apparent cause.

One of Kitty and Al’s “miracle overnight white loaves” (Photo: Mark Lord)
He recalls: “Anxiety gripped her, often out of the blue, and she became unable to cope with even leaving the house. In the space of a few weeks our lives changed completely. Kitty couldn’t see the reason for anything and so one of us needed to be with her the entire time, day and night, to reassure her she was safe.”

What happened next is the story of how baking saved Kitty’s life. For someone else it might have been football or painting or a new pet, but baking is what interested Kitty in returning to the world. In the book, she recalls the first time Al demonstrated the Jim Lahey no-knead loaf. “When he lifted the lid,” she writes, “there was this beautiful crackling, singing loaf that made the hairs on the back of my neck shoot up.

As Kitty’s enthusiasm for baking grew, the Taits had too many loaves to eat themselves. They gave some to neighbours and the response was tremendous. People in Watlington wanted more bread, and they were willing to pay for it. Kitty and Al started up a subscription service, and within a year came pop-ups, a crowdfunder and the bakery.

Lovely cheese swirls with googly eyes (Photo: Mark Lord)
Their repertoire developed. On any given week you’ll find stacks of loaves from sourdough, soda, focaccia, rye and baguettes to one-off experiments with flavours such as Marmite, miso, za’atar, feta, honey and tahini.

Their playful inventiveness spills onto Instagram, where Kitty uses miniature figures with her bakes to create whimsical photos and animations, reminding us that bread is alive by giving her pastries googly eyes. She acknowledges the problems with social media, but she has found it a force for good, introducing her to the world’s best bakers, viennoiserie experts, flavour alchemists, fermentation nerds and flour geeks. She has found her people.

As Kitty’s wellbeing improved, her desire to learn more about baking rose faster than any loaf. She tried sourdough, a needy sort of a bread that eludes many enthusiasts because of the time and frequency of its demands for attention, hence its opportunity to flower during the long hours of lockdown. Kitty was onto sourdough before any of us had heard of Covid.

Her need to learn more about it gave her the confidence to take a few trips with Al to bakeries she’d discovered via Instagram. She went to London, Paris and Copenhagen.

More from Wellbeing
While writing Breadsong, she returned to Copenhagen to work in a bakery for a few months. “Originally when we went to Copenhagen and Paris I very much needed Dad,” Kitty remembers. “I didn’t know how to be alone. But because I’ve taken a different path and because of the bakery, I’ve learned to be alone and I really appreciate it.”

“It’s fascinating seeing Kitty going back to these places but on a whole different level, slotting into their system as an established baker,” says Al. “Very rarely in life do you get the circle closing in such a deep way.”

As much as Breadsong is a book about baking, it is a story of a family bound by a love so strong and a determination so great to have their daughter well again that they sacrificed anything they thought might help.

When I first spoke to the Taits in 2019, they were happy to talk about their baking successes, but weren’t ready to explain how they got there. But when they began writing their book last year, they decided to recall the whole story. Breadsong, named after Kitty’s first Instagram post, reopens the wound of the long months of Kitty’s illness.

Kitty and Al’s doughnuts (Photo: Mark Lord)
It is a profoundly moving and honest account of how desperate they were when Kitty could no longer go to school. Al left his teaching role to stay at home with her full-time while Katie continued to commute to her job at the cancer charity Maggie’s Centres, in London. As a family, they lurched from one day to the next, all pulling together to try and improve things, but not knowing what, if anything, might hit home for Kitty.

“People don’t understand that it [leaving school] wasn’t a decision,” she says. “All of it was on the basis of survival. I couldn’t go to school. I couldn’t be alone.”

“As a family it was hard but also cathartic to have this opportunity to look back and see where things have come from and where things are going,” says Al. He turns to Kitty. “When it comes to the mental health side, when things were really hard there weren’t that many young people with stories you could listen to.”

Recipe: Miracle Overnight White Loaf
This was the first bread recipe I learnt to bake, and how the simple ingredients transform into a loaf still feels like magic. All you need to make a loaf with a crunchy crust and pillowy crumb, is a casserole dish with a lid and an oven that can get up to 230°C/210°C fan/gas 8. It’s truly a miracle.

Sift the flour into a large mixing bowl and add the salt and yeast. Stir everything together. Bit by bit gently mix in the lukewarm water until a shaggy dough forms. We call this the Scooby dough in homage to Scooby Doo.

Place a damp tea towel or shower cap over the rim of the bowl and leave in a cosy draught-free place to prove for hours; overnight is best.

Once your dough has risen and is bubbling away, tip it out onto a lightly floured work surface. Remember it’s alive so the greater respect you show the dough with gentle handling, the more it will reward you and the better your loaf will come out.

Gently shape the dough into a ball. A well-floured plastic dough scraper really helps here making sure there is a light coating of flour all over.

Place the shaped dough on a sheet of parchment paper cover with a damp tea towel and set aside in a warm, cosy place to rest for one hour.

Halfway through the resting time, preheat the oven to 230°C/210°C fan/gas 8 or as high as it will go. Put a large cast-iron casserole dish with a lid and a heatproof handle into the hot oven for 30 minutes to heat up.

Once the casserole dish is good and hot, carefully take it out of the oven and lift off the lid. Uncover the dough and, using the parchment paper, lift and then lower the dough into the heated casserole dish. Using a sharp knife, razor blade or scissors, score the top of the dough with slashes in any pattern you like, one long slash, a cross, a square or even a smiley face.

Pour a couple of tablespoons of water inside the casserole around the dough, replace the lid and put the dish back in the hot oven. Bake for 30 minutes with the lid on. Remove the lid to reveal your magnificent loaf and then continue to bake uncovered for a further 10 minutes to get a nice, golden crust or 15 minutes if you like your loaf a bit darker.

Place the loaf on a wire rack and leave to cool for at least 30 minutes. If you listen carefully, you might even hear the loaf sing. This is the “breadsong”. Just don’t scorch your ear…

The decision to share her story was not an easy one. “Even though people said what I’d done with the bakery was great, I had a lot of shame about my mental health,” Kitty says. “I was scared to go back there, but the book made me… But it wasn’t my fault and I want other people to know it’s not their fault and they shouldn’t be embarrassed about their mental health.”

Al says they want to use their expertise and profile to work on projects that align with their values, perhaps working in schools and setting up a microbakery in a nearby prison.

What about Kitty’s schooling? This question is often asked, despite her achievements and maturity. The family is pro-education and Kitty hopes to study at university one day, but she is following her own timeline.

The sub-plot to Kitty’s recovery and the success of the bakery is Al’s journey from employed teaching professional to anxious parent to full-time baker. Al had to reshape his identity in mid-life, but he has emerged as a proud baker, still Kitty’s cheerleader but resolutely his own man.

“I feel a slight sense of guilt in that I’m the one who’s won out here,” he jokes. “I’ve had this extraordinary opportunity to work with Kitty and forge a totally different kind of relationship to what might normally be the case. To have this second chapter of life, doing something completely different, suits me really well.”

Kitty, too, has a new life. “I look back at that 14-year-old, who could not make any sense of why she existed, and I want to show her where she is now.”

No comments to show.